My husband has been looking for a sunny place for us to go for the past couple of days. It's really sweet of him because he knows I need some sunshine in my life to stay balanced. He searched as far as California (not that we were going this week). Since all his destinations turned out with a weeks worth of rain in the forecast we all gave up the search.

Despite the gloomy forecast we decided to take toddler out for a joy ride after his little run-in with my mascara. After I found him sitting on the carpet with black hands I realized that my little dude hasn't been outside for many days since he came down with a slight cold and attitude problem.

Our little ride around Snohomish made me also realize how I've changed over the years. Whenever we drove by a cute cottage house I'd jump up and down in my seat and yell, "STOP!" just so that I could take a picture of that house we were passing by. Hubby and Toddler didn't appreciate that part so I really had to tone things down. I need to move into a cute big cottage/farm house, have a beautiful garden, a potting shed, studio, farm and lots of pretty land, but it has to be some place where the sun shines more then 5 times a month.

After everyone napped, ate and I crafted guess what happened?! The SUN came out to pay us a little visit! We were so shocked! I mean it had rained non-stop since last night. We grabbed our things and out the door we went to the nearest park.

Toddler was so happy to be outside. He played in the water. Ran all over the place. Chased lots of ducks and was over all a very happy boy. The sun didn't stay out long, but we did manage to have a great time at the park while it did.

Despite the spike in fever last night, Toddler and I managed to keep each other entertained today. It's hard taking care of a toddler who isn't feeling well as all it seem that they want to do is be held. I'm thankful that that was the case only for a little part of our morning. 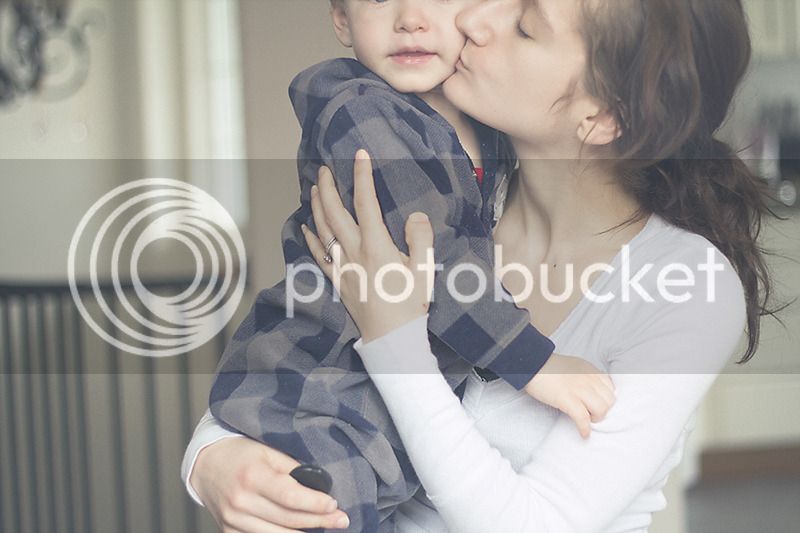 We spent a big part of the day making videos and Toddler took pictures of us with my new remote. He sure loves taking pictures and then watching the video's we created. 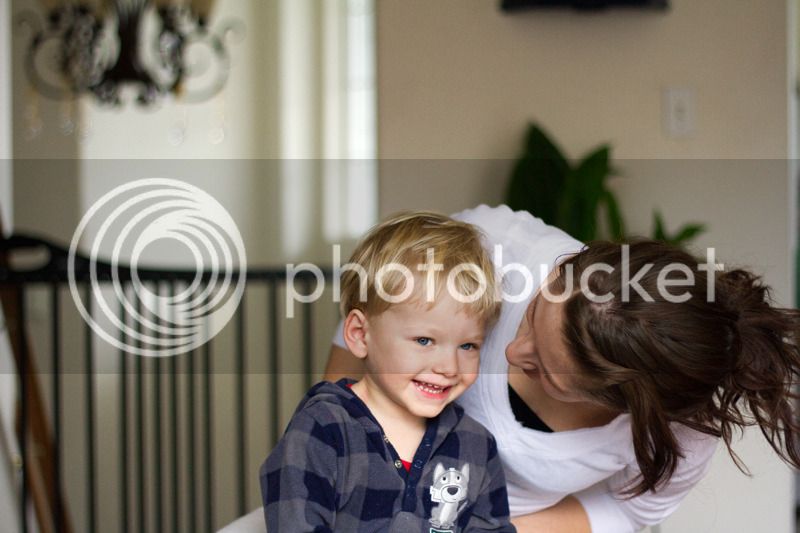 It's also been an interesting month with more challenges then I'm used to. There were two things that got me through.

1. My faith, I just don't know where I would be without it
2. Reading the right books that helped me change my attitude and be thankful

Oh, I had the cutest little model today wearing my beautiful headpiece that I made for tomorrow newborn session. One of these day I will have a girl and the possibilities will be endless! Honestly, I'm really excited for when we have a girl.

Linking up today with Emily! 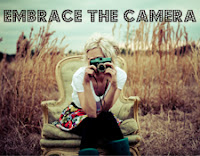 Posted by Annetta Bosakova at 6:42 PM No comments:

March is coming to an end and I've managed to keep my whole household healthy for a whole year! It took lots of doses of vitamins, garlic and healthy foods including juicing, but it was worth all the work. This week was the first time that a cold has creeped into this house. I'm thankful that the only symptoms I'm dealing with are a few runny noises, sneezes and a slight cough.

With this slight cold that means we are pretty much stuck to the house drinking tea, watching movies by the fire and popping vitamin C like their candy. That leaves me with a somewhat bored 2 year old.

I find that when I have something new for Toddler to do he loves it for a whole whopping 20 mins and he's done, not just for that day, but month. The only thing that will keep him occupied and happy is playing in the sink. My idea of the day was to put a big dish in the middle of our living room filled with water and him to throw his stones into the water like he does at a lake. It went good for that 20 min.

Then my next step of entertainment was to go outside for some chicken eggs. That really got him excited as this is his first time. Once we reached the coop we found Sassy laying an egg, so that was a no-go. I guess we'll be trying that one again after his nap.

Toddler is no longer in a crib, but in a toddler bed. I didn't want to have to take the railing down, but he got his knee stuck in-between the bars causing major bruising not once, but twice. So last night was his first night he slept in his toddler bed. It made me nervous because I know his sleeping habits. I now have cardboard up to keep him from falling.

After Toddler nap we managed to get those eggs. Our batch wasn't as big as it usually is (8 eggs), but 5 eggs was pretty good non-the-less. I think he really enjoyed getting those eggs because once we were inside he wouldn't give up the basket with the eggs. Those eggs made the best lunch with toast, egg, avocado and pickled onions on top.

Doesn't Toddler make the cutest little farmer?! I'm so excited to move in two years to a bigger property, house and where I can play farmer. One of my dreams is to own a farm with a beautiful cottage home, animals, orchards and gardens galore, but to be able to hire people to do the work.

Posted by Annetta Bosakova at 1:57 PM No comments:

It's so amazing how this blog has transformed over the years. It's coming up to its second birthday this summer. When I first started it was rather scary since I had no clue what I was doing, but don't they say not to wait until all your ducks are lined up in a row.

I know this little blog of mine still has lots of growing to do, but I'm finally at a place where when I look at it, it makes me smile. It finally feels like home, like a real blog.

It's funny to me now how I've almost given on this blog more then once. I'm glad I didn't because this is where my families memories and dreams that come true are stored.

Yesterday we spent a beautiful Saturday out with our bikes as a whole family. It was our first real bike ride anywhere and a great beginning to an adventurous spring and summer. Our bike ride lasted 3 hours. I'm thinking that's not bad for our first time. Instead of my regular blog post about the trip I'm just going to put up the video from our tip.

It's been forecasted 10 days of nothing, but rain which means our park discoveries have to be put on hold until better weather. I'll be spending some of that raining time doing research and planning for our many trips to come.
Posted by Annetta Bosakova at 6:35 PM 2 comments:

Now that Toddler is a whole whopping two years old I've decided that every sunny week day we will spend the day outdoors exploring new places. This gives Toddler the time he needs to be outside, run, explore and be a boy. It gives me the time to spend with my son and mom with lots of time to reconnect. It gives us all a chance to get some clean air into our lungs, get some good exercise and helps us to be thankful for all the blessings God has given us.

Today was day two of new discoveries. The place we went to is called Spencer Island more towards the North. It is one of the most beautiful places I had been to in a long time! It's mostly swaps and such, but the beautiful part were the clear mountains view we got to enjoy the whole time we were there. It also had many trails you can take with some old buildings, boats and even an old wagon among the wetlands. Makes me wonder who lived there? The swamp people?

I had never seen Toddler has such a wonderful time. We got there at 11am and left at 1pm. The whole time he was running around, throwing sticks and rocks. That kids did A LOT of walking. I was ready to go home, but he wasn't even tried! It was so precious to hear him bounce along the trail and sing his little songs. The rock throwing was endless! He may love his Baby Friend, but he is 100% all boy. It means he has a soft sensitive side for when it's needed just like my husband.

There will be many more parks on the blog as we spend out summer exploring from North to South and East to West. Invite your friends to join the journey and discover new places with us!

We give this park a 5 out of 5 even though it did have a playground because we were very happy without it. Oh and if you do decide to go please bring some rain boots at there are some really muddy areas. 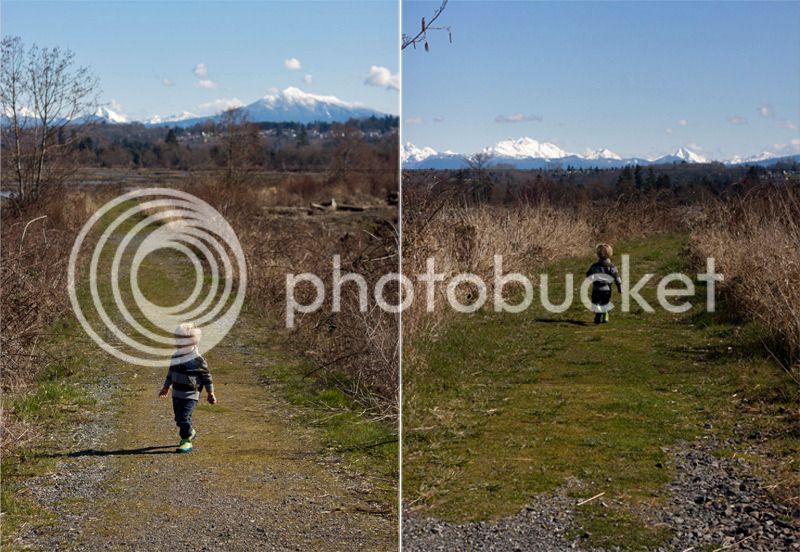 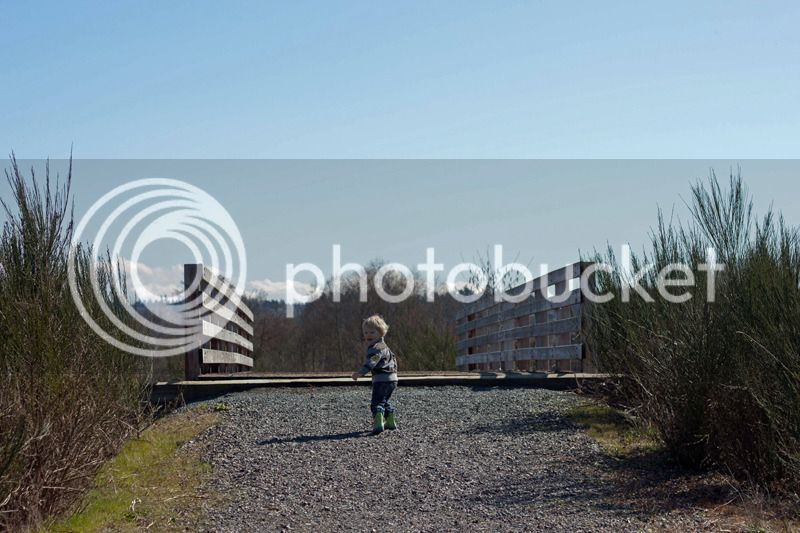 Wowers that was a lot of pictures!!