Yesterday was Tuesday a day where we may or may not do our school work. A day where we rush to the bus to get to the train station and a day where we go to bible study. I like Tuesday, but the fact that Wednesday then feels like a Monday all over again. Does that make sense?
Honestly,  I only decided to go to Bible study 10 minutes before we actually had to leave. You see,  after weeks of beautiful warm and sunny weather it rained all day yesterday. My little one decided that finishing his school was not worth it that day, but playing was.  I actually didn’t mind the rain at all but it did create a ‘stay at home’ mood hence the playing form this one little boy.  All I wanted to do was work on knitting a sweater for a client, drink tea and watch Netflix, he couldn't be blamed.  At that point I knew it was wrong to stay home and I needed fellowship with my church family. A shift in our day, a break from my usual lonely place where my only companion during the day is an 8 year old who fights school like it's his job.
Getting outdoors wasn't as bad as it felt when we were indoors. The rain had made the air fresh and we were on time for all of our required transportation. The transportation on the other hand wasn't on time at all. I am also grateful to say that after living here for almost two years I now understand the language enough to where someone can communicate to me and I get what they are saying with understanding. For instance when we picked out our train seats the lady conductor told us that this train car is not heated, but the one ahead is heated. I at first thought she said this was a smoking car due to my Russian influence, but then understood exactly what she meant. It was so helpful because yes, the train car we picked was cold indeed.
Seeing my husband waiting for us is always the highlight of our trips into Bratislava. In ways, I will miss this part when we move to Raca (a neighborhood in Bratislava). I also managed to make him dinner before we left the house because I knew he didn't have much of a lunch do to my lack of cooking skills on Monday.
It was also a good day to play around with the black and white concept. The day was gloomy and the b&w vibe just fit perfectly into the gray day. Photography will forever be my first love in communicating my day, my creativity and emotions. When I was little, I wanted to be a photographer when I grew up. I also wanted to be a singer, model, designer, writer and dancer. It's the memories that I cherish and can go back to again and again. 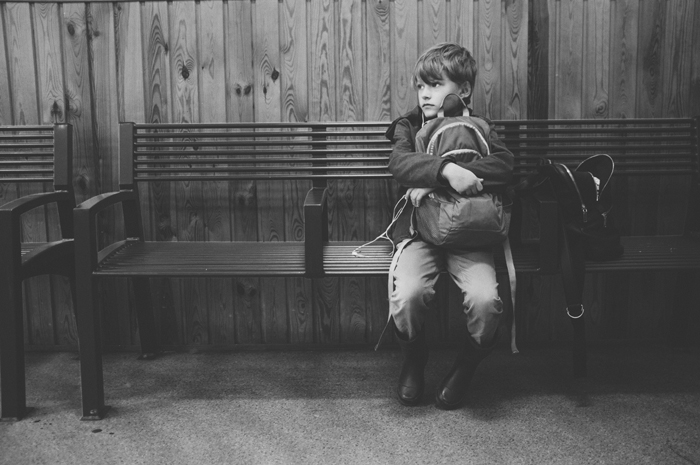 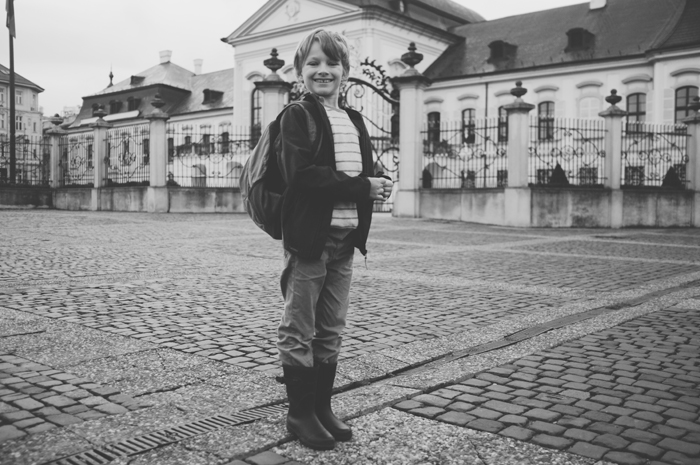 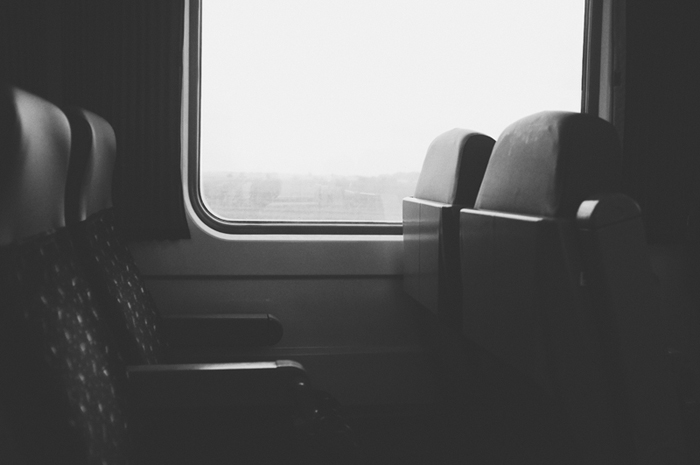 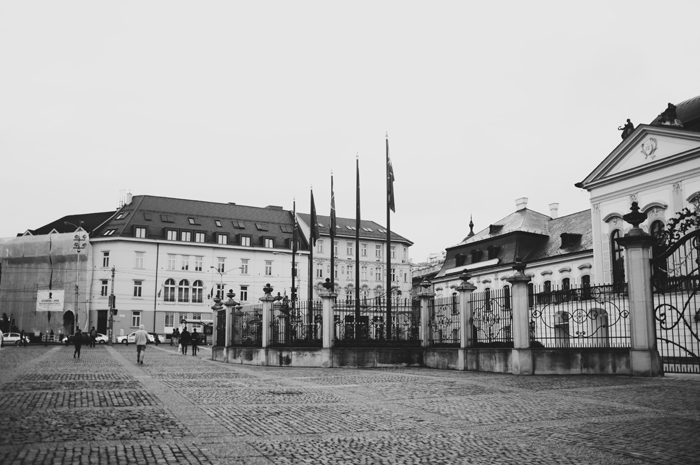 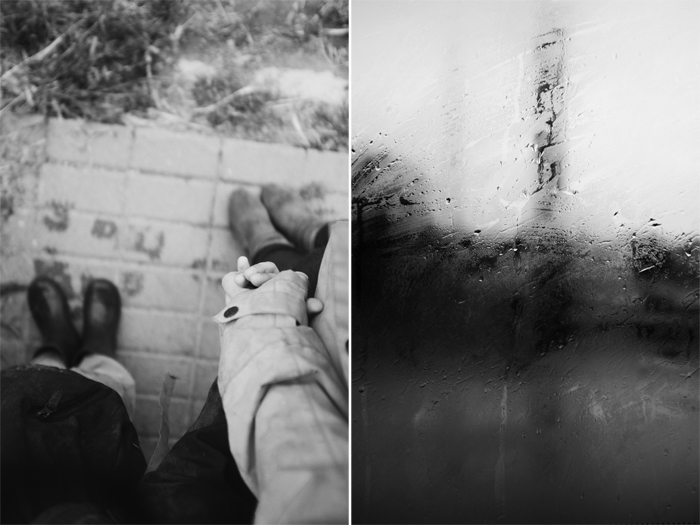 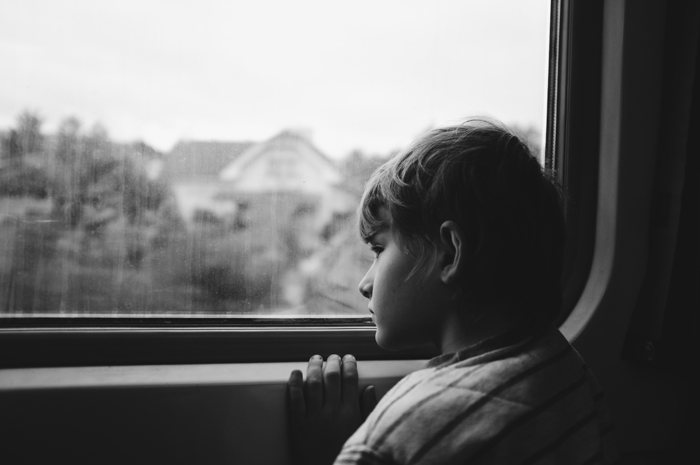 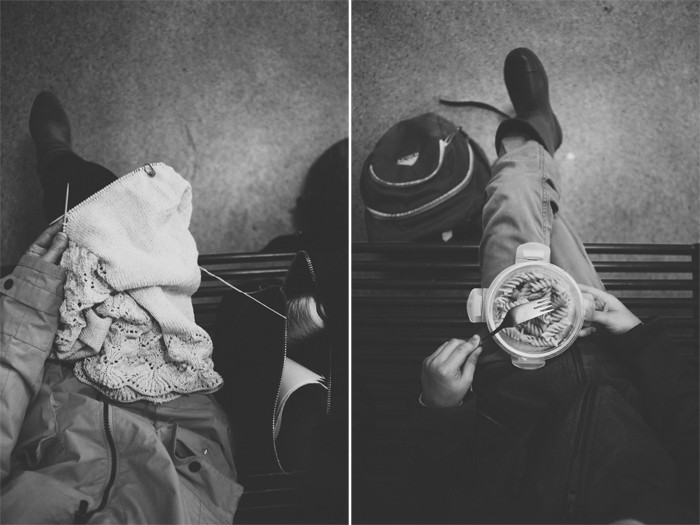 The camera I used to photograph this blog post is my Fujifilm x100. It's a compact digital camera with a fixed 23mm lens. I take this camera everywhere I go if I don't want to carry my big camera around. 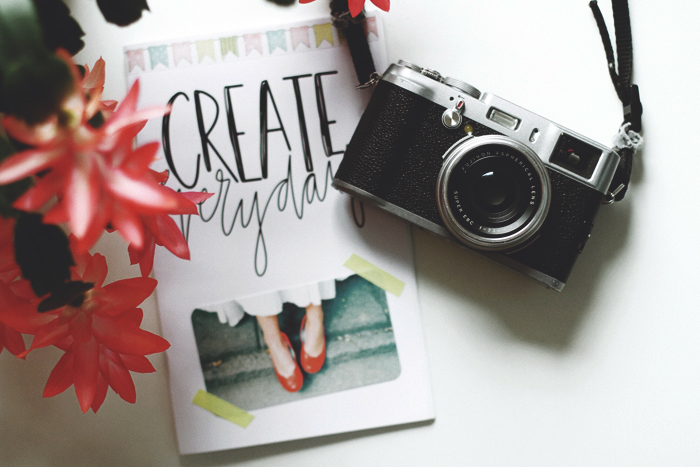 Posted by Annetta Bosakova at 2:38 AM No comments:

A New Routine, A New Me

On my last post I mentioned a new morning routine. Yes, after years and year of NOT having a breakfast I started eating it regularly and am roughly on week three. Breakfast has always been a challenge for me as I am intolerant to dairy and eggs. That's the staple breakfast for most people. Normally my routine would be to wake up and get my cup of coffee with coconut milk. That cup would be loaded with caffeine and would be pretty big. It would keep my hunger away till noon and if I was really working on something sometimes till 2pm when I would finally have my lunch. Yup, I did that for years.

One day, on the phone, my mom suggested I start drinking warm water in the mornings before anything else as it has helped her in many ways. I would normally dismiss the advice, but decided to be a different person and give it a shot. When advice is given and it doesn't hurt you in any way, why not give it your best shot for three weeks. That's what I did. It's been roughly three weeks of warm water in the mornings, a large plate full of veggies for breakfast and coffee around 11am or 12pm.

So how's the new routine going? I can't really say. I am eating breakfast daily now which is a huge change. I didn't start feeling much of a different till yesterday really. Actually, I have felt very yucky for those three weeks. It's been a hard road and most likely I've been detoxing in many ways which is why its been rough. I also upped my water intake by 80% which also helps all the toxins to exit my body.

In a month's time our whole family will be on a parasite cleanse for three weeks with a one week break and then three weeks again. We have a dog and he eats yucky things. He'll be on it too. We are all doing this because our outdoor dog (at the moment) will be an indoor dog. Anyone with animals near them NEED to do a parasite cleanse twice a year, the dog much more frequent. There have been some major changes going on here as both my husband and I started exercising regularly. I've always been a health nut, but now I am doing the things it takes to be healthy and not just taking the supplement I am interested in.

I'm also praying that these changes in my own body will help me to get pregnant and be ready for it when the time comes, but until then it's cleaning up with body I've been blessed with. 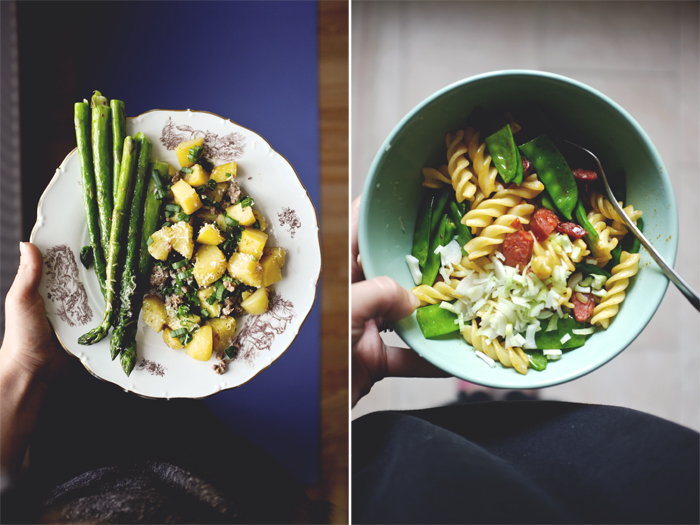 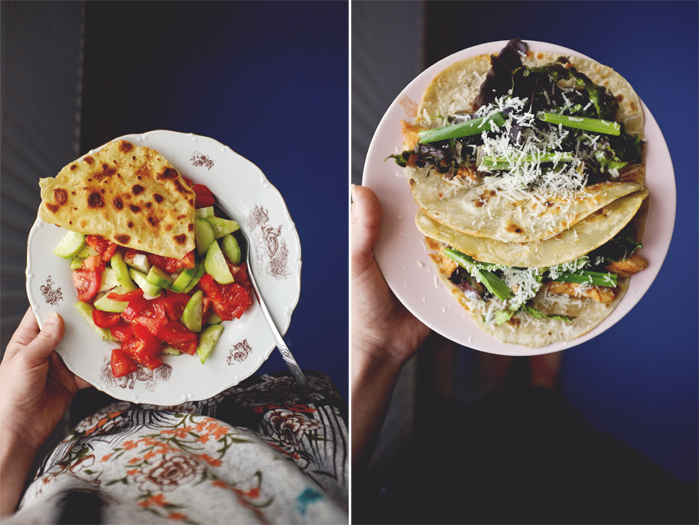 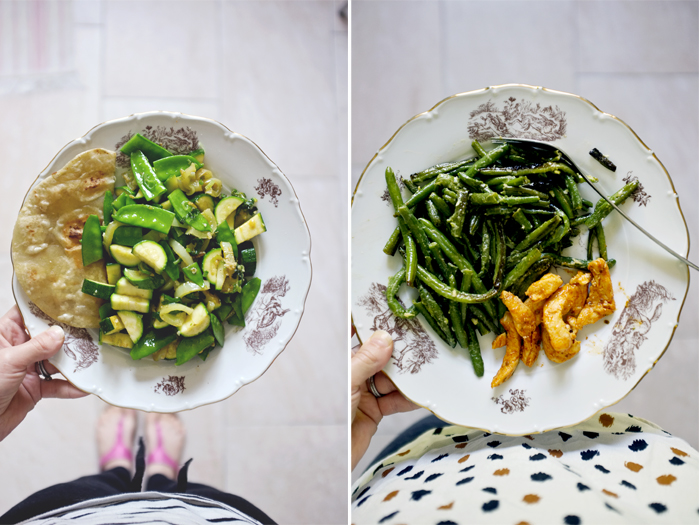 Posted by Annetta Bosakova at 2:47 AM No comments:

There us nothing that compares to the feeling of coming home after a long vacation and road trip back home from said vacation. It's been almost a week since we've gotten back and I am still getting trying to adjust back to how things were. When I first walked into the house at 1am, everything felt for foreign to me. The house felt so big compared to the tiny air bnb we spent our week at. It took some time to adjust and I found myself staring at my living room wall after I put Tin to bed. It felt so good to be home, what a relief at that car ride, and out of the car because no one should road trip past 11pm.

As hard as we tried before leaving for our trip to keep our house clean for we come back, it really wasn't. After a rough nights sleep I spent the morning vacuuming and cleaning the kitchen like a madman. It will be mopping floors and laundry type of day before the grandparents come for the kid who get to spend the night at his grandparents so that he can go to his cousins birthday party in the morning while Hubby and I go to church. It really makes the vacation over and now just only a memory. The thing I am enjoy the most at the moment are the sounds of Augustin playing as he has been a little homesick on our vacation. He has missed his toys! It made me a little happy to hear he had missed our home as I strive to make our home a safe place for my family where they can be themselves.

So to be home after a vacation is glorious, but it always takes a few days (maybe a week) to get back into the swing of things. Hubby starts his new job on Monday so he won't have the 'time' to get back into things like I do. Luckily, his work schedule will be easy this week because he's learning a whole new assignment. Him working so far from home makes me look forward to our more into the city where our friends, church and work are. Speaking of work, I am excited to get my photography business off the ground. I've had a few clients already and a slow stream of people are starting to reach out to me for sessions. 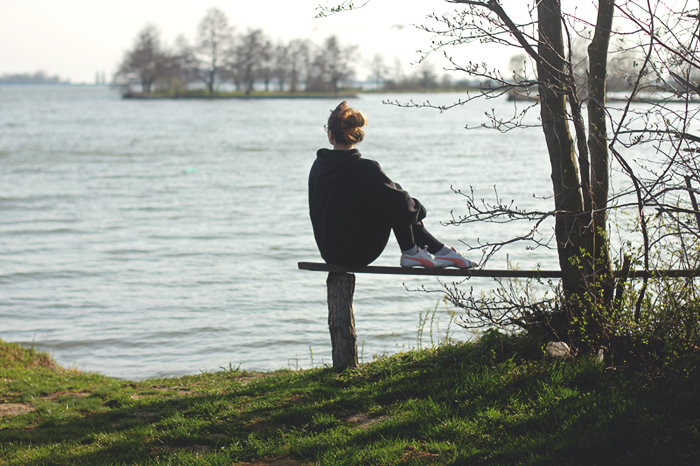 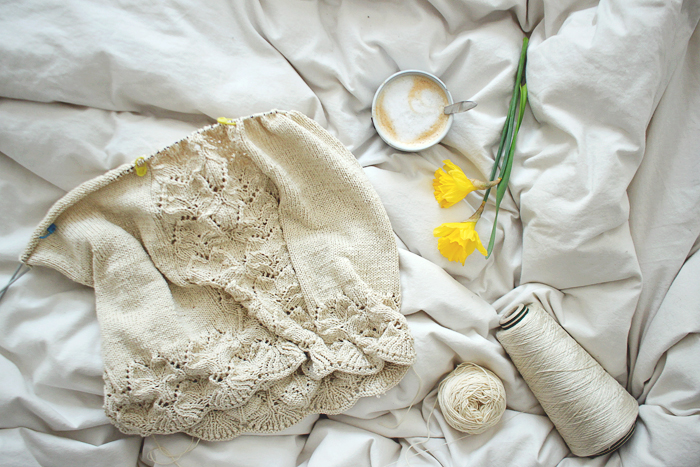 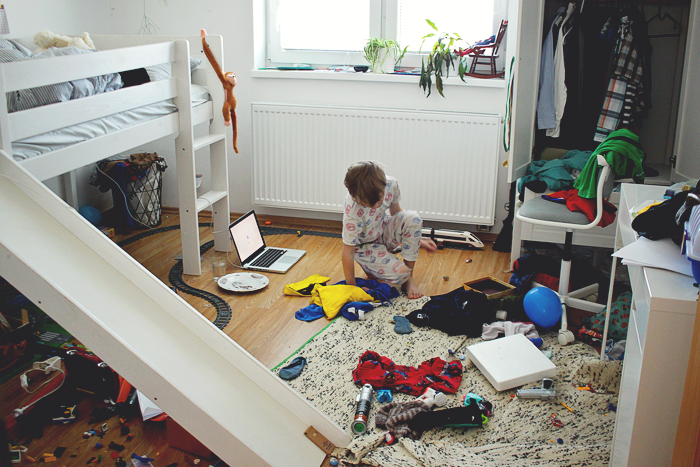 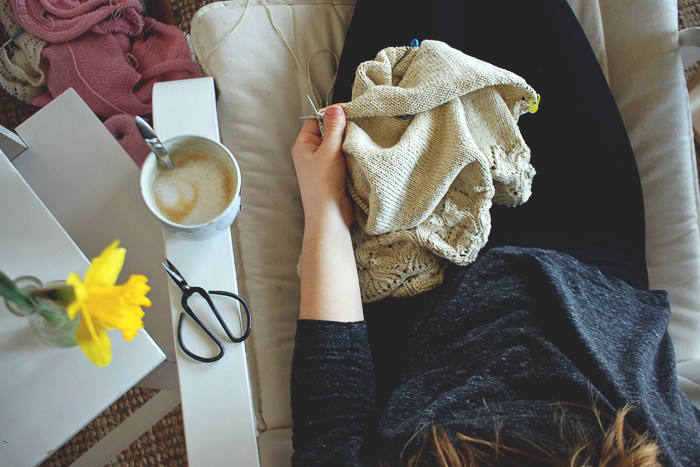 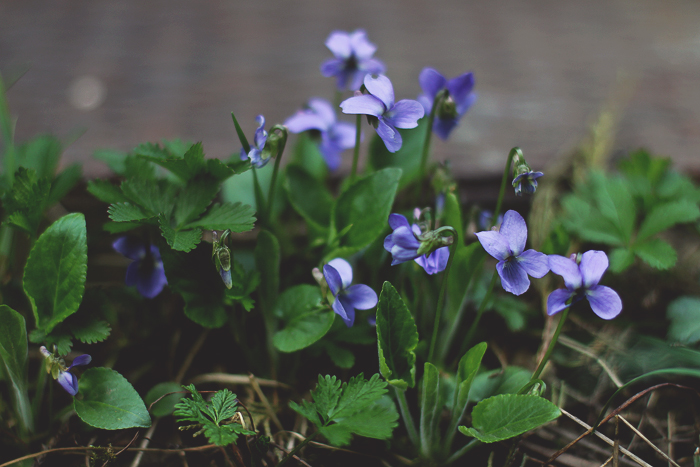 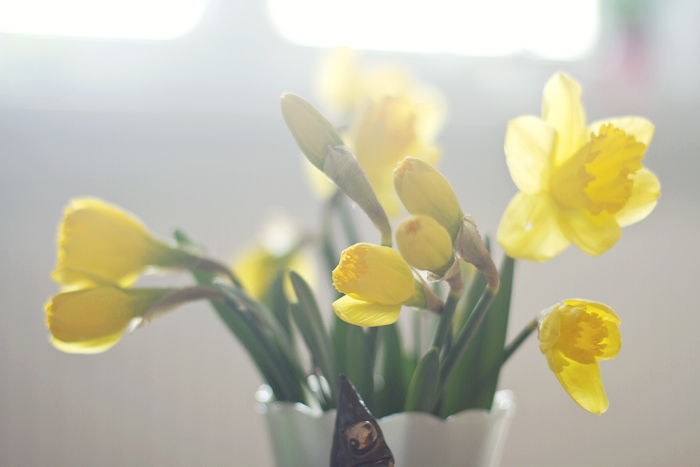 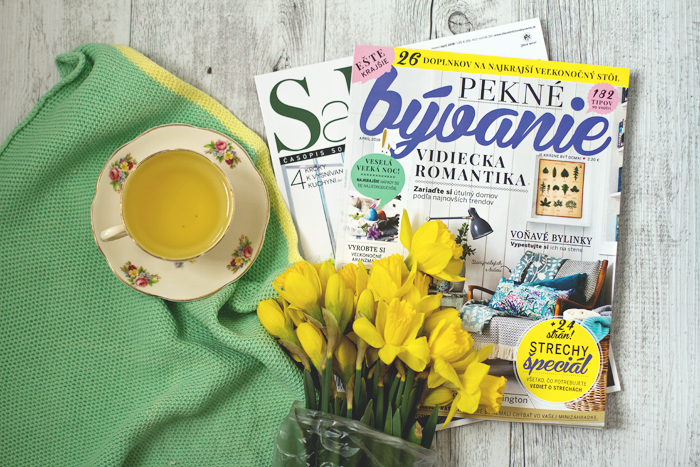 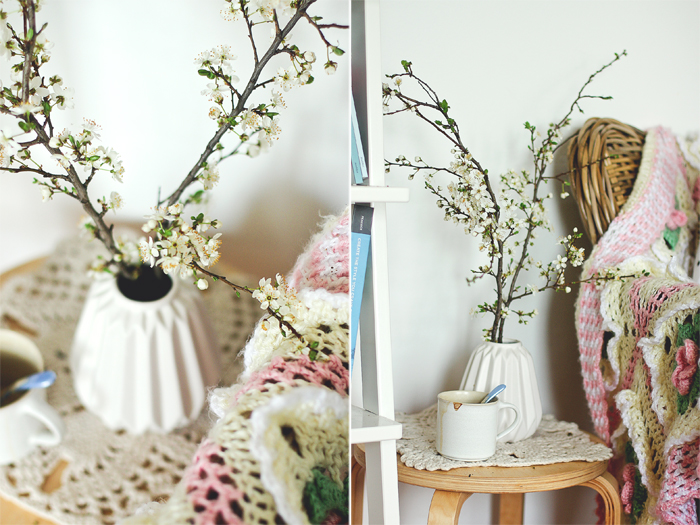 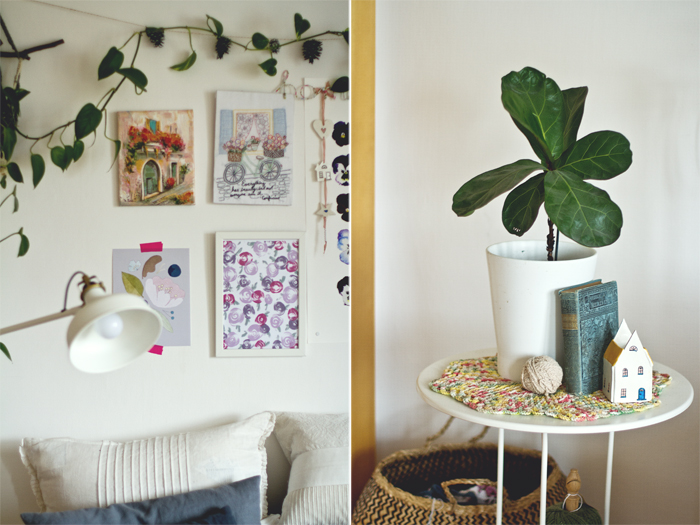 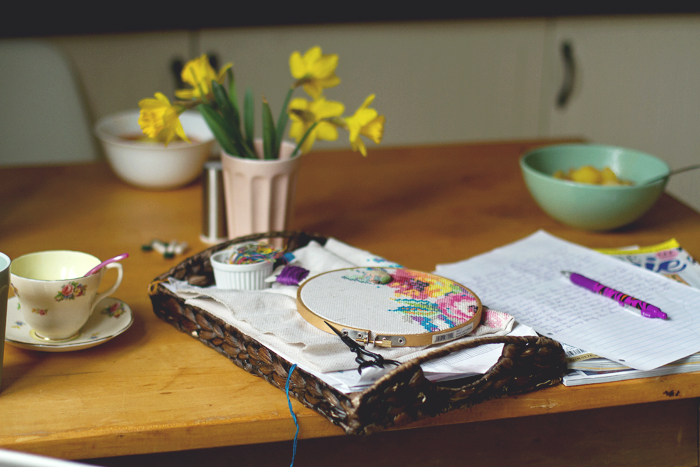 Posted by Annetta Bosakova at 7:38 AM No comments: